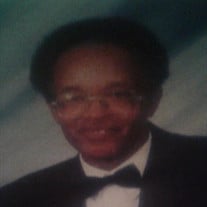 Mr. Willie Arthur Ivey was born September 28, 1934 to the late Mr. and Mrs. Jim Ivey of Bullock County. He is preceded in death by one son; Greg , One brother Motel Ivey and one sister, Cora Winsley. He confessed Jesus as his Personal Savior... View Obituary & Service Information

The family of Mr. Willie Ivey created this Life Tributes page to make it easy to share your memories.

Send flowers to the Ivey family.